It’s been almost 10 years since I sent that text.  It was a wayward text, missing it’s intended target, but landing exactly where it was supposed to, since it led me to love and ultimately to a life-saving kidney transplant.

Good stories are told again and again.  People especially like hearing the improbable ones, marveling at the incongruity…

For anyone who doesn’t know our story, on 6/29/12 I sent a text, got a wrong number, yet connected on a deep level with the recipient within 6 texts, we met, got married and he ended up being a match for my needed kidney transplant 7 years later.

I was a 52-year-old professional woman, loving life, on a spiritual journey for continued self-awareness.  Henry was a 23-year-old guy selling paint, about to head to the great Southwest of the US, embarking on his own spiritual trek.  Both living in the same city of St. Louis, MO, I happened to be in Denver that fateful day while Henry was driving to work when he received the text.

There’s always a new lens to look through when I tell our story.  This time it’s about probability.  The odds of us meeting and the odds that he’d end up being a kidney match for me.

According to the Merriam Webster Dictionary, the definition of probability is:

(1) : the chance that a given event will occur. (2) : the ratio of the number of outcomes in an exhaustive set of equally likely outcomes that produce a given event to the total number of possible outcomes.

People always wonder about the odds/probability of falling in love.  I found a calculator to help figure it out!  Dominik Czernia, a physics Ph.D. student at the Institute of Nuclear Physics in Kraków, has built this dating calculator. https://www.omnicalculator.com/other/dating-theory#what-is-the-optimal-stopping-problem  Although he’s quick to say, when one is actively looking for love, they’re at their very best and eagerly active in their search which increases probability, but in the end, he agrees the tool is for fun.

I wasn’t looking for love. I wasn’t trying to be my best.  I wasn’t in that space.

So, I asked a mathematician to calculate our odds…Given that we were in separate cities at the time of the text, 29 years apart in age, vastly different personality types, etc., what were the odds of us meeting, falling in love and ultimately that he’d be a kidney match for me?  He did whatever mathematicians do and then got back to me a few hours later.

One in a billion.

What are other things that have huge odds?  Getting hit by lightning?  Not exactly, that’s one in 12,000.  How about winning the lottery?  That’s 1 in 125 million.  What I did find in my research is the odds of picking a perfect NCAA basketball bracket are one in a billion.  You can understand that when your winning top seeded team loses in the first round, dashing your hopes for any sort of win.  Then the permutations are endless.

But now, as long as I’m musing about insane probabilities, I thought I’d delve a little into the odds of us even being born and what that took!

Not only did the right sperm have to meet the right egg to create each of us, it had to do it for our parents and our grandparents, too. This is also true of their parents, and so on till the beginning of time.  If even once the wrong sperm met the wrong egg, we would not be here.  According to Dr. Ali Binazir, “That means in every step of your lineage, the probability of the right sperm meeting the right egg such that the exact right ancestor would be created that would end up creating you is one in 400 quadrillion.”

So, through all the crazy ways that EVERYTHING needed to happen, it did.

But, why did I fall in love with Henry?  I was 52, a professional woman who wasn’t even looking for love.  What was the attraction?  Why did I keep going when I thought people might think I was his mom?  Why when arguments wanted to drive us apart, did I stay?  With so many possible things against us, how did we work?

When Henry and I were exchanging texts even from the beginning, there was depth, friendliness, wisdom, curiosity, knowledge, sense of adventure and awareness all of which intrigued me, especially when I found out he was just 23.  I felt the jewel in this young man coming through a written message.  A deeply formed diamond sparkled across the 850 miles that separated us for those first few days.

Henry is truly an old soul.  He’s also a genius.  His comprehension of life, as experienced through an INTJ, Enneagram 5, engineering mind, translates into an appreciation for the subtleties and intricacies of art, music, food, beer, books, technology, design, nature.  It’s mind blowing.

I’m sure it’s no surprise given the info I’ve shared that he can be incredibly binary and exacting though too, which is what drives me crazy.  He was recently miffed at receiving a tie-dyed hoodie whose colors didn’t precisely match the ones pictured when he made his selection.  LOL, to me it was perfect.  I marveled at his attention to detail.  When I’m crabby, I think he’s insane.  His need for perfection sometimes is exhausting.

Henry is deeply spiritual, always seeking more depths to be discovered through reading or listening to the spiritual masters like Deepak Chopra, Eckhard Tolle, Ram Dass and Eknath Easwaran.  This weekend we get to be on a call with Dr. Christopher Bache, the author of LSD and the Mind of the Universe.  “Bache, a professor of religious studies meticulously documents his insights from 73 high-dose LSD sessions conducted over the course of 20 years and chronicles, with unprecedented rigor, the author’s systematic journey into a unified field of consciousness that underlies all physical existence.”

Just the kind of thing Henry will absolutely love.

Wounded, as we all are, by childhood trauma, we can both be quick to anger and slow to examine the source.  We’ve had huge fights.  I’ve poured a beer over his head.  I’ve shoved him.  I’ve told him I was leaving.  He retreats, going into icy contempt, shutting himself away in his office, sometimes screaming at me from behind the door.

But the depth of Henry and my awareness of the Imago theory of Harville Hendrix https://harvilleandhelen.com/initiatives/what-is-imago/  or through The Work by Byron Katie https://thework.com,  (I once did a year of weekly Judge Your Neighbor worksheets with a practitioner in a quest to find out what was going on with ME), kept me growing into a relationship like no other.  Because he’s just so amazing. 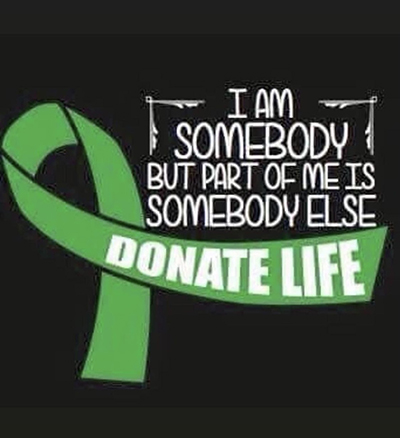 Henry is the kind of person to donate his kidney.  He’s the kind of person who’d offer it to me just weeks into our relationship.  I can still remember where we were standing in my apartment when he offered.  He knew I’d had a transplant and he knew he has O positive blood.  So, just in case I ever needed another one.  Selfless, loving, generous, practical.

My first kidney from my sister in 1995 was a perfect genetic match.  Like from a twin.  That sort of match typically only comes from a sibling.  The match I received from Henry is different.  While we do not have a genetic match, I have no antibodies to his kidney which means I have a very low chance of rejecting it and that it should last a very long time!

Tomorrow is the 3-year anniversary of our transplant.  Henry and I are forever connected.  He has my heart.  And I have his kidney.  I love thanking him for answering my text that fateful day. 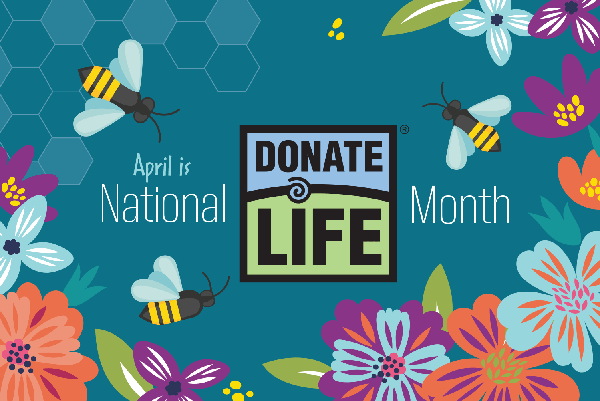 You don’t need to answer a wrong number text to be able to save a life.  You just need to register to be an organ donor upon your demise.  Or better yet, you have an extra kidney.  Give it to someone.  You don’t need both.

A miracle is an event so unlikely as to be almost impossible. By that definition, I’ve just proven that you are a miracle. Now go forth and feel and act like the miracle that you are. – Dr. Ali Binazir

1 thought on “The Text that Turned into a Transplant”