Manifesting a goal, a dream, health, whatever you want.  It’s all in the how.  I think it’s like baking myself.  Not cooking.  Baking.

There is a difference between cooking and baking.  There are recipes for both, but with cooking you can add some more of this or less of that.  You make the choice on what flavors you want and how much you want to add of each flavor.  And you get something you really like.  Well, most of the time!

And then there’s baking.  Baking is science.  Baking is exact measurements.  It’s specific ingredients, like baking powder, flour, eggs, sugar etc.  You know when you start out that you’re going to make a cake.  And by combining all the ingredients and putting them in the oven at a certain temperature for a specific amount of time, you get a cake!  You don’t get a pizza crust.  You get what you set out to make.  It’s science.

Mike Dooley who sends out a daily email from The Universe to nearly 1 million people is hosting a 21-day challenge on manifesting.  https://www.tut.com I’ve found that he also believes it to be a science.  I thought I’d share some of his ideas to inspire YOU to look into manifesting.

His protocol is something like cooking but even more like baking.  He’s got his own “Mechanics of Manifesting.”  Mechanics.  He knows what he knows based on 20 years of positive affirmations and manifesting his dream life etc., and he shares it with us in a very specific order of a very specific list of things to do, in order for us to get our future desires.

On day one Mike asked, “What’s your one thing?”  What one thing do I most want, big or small?  He said, “don’t follow any rules, just dream big!”

So I wrote down a bunch of things…

The next day he said, “Don’t be that specific…what I really want you to do, is create a vision that’s wide open for the Universe to hear it and start getting to work on it.  If one is too specific, like saying they want to fall in love with “Ricky” by March 7th, there’s the issue that the Universe has awareness of 9 billion people.  She knows who’s already out there, waiting. And it might not be Ricky.”

And while many manifestation gurus say to put a specific date on your wish, the potential problem is if said activity doesn’t take place by that date, the manifester could lose their energy around that desire.  It’s hard to keep your focus and determination if you’re feeling let down.

Mike follows with allowing for even better than what we wish for to transpire.  Why set your sights short, when so much more might happen?  Be ready for better, no matter what it looks like!

Of course, he wants us to do visualizations, a script for continuing to express this manifestation, along with ideas to keep it vibrant…like a vision board.  I did mine in Pinterest.  And actions.  You can’t just sit on your bed waiting for your desire to be manifested.  You must do stuff.  I call it participating.  You’re making something happen by actions.

What I’m noticing about Mike Dooley’s “Mechanics of Manifestation” is that he’s using science.  Like baking.  It’s a lot like cooking too.  There are multiple ingredients that seem to need to be marinated, others that need to sit on the stove for a while simmering, but at the same time, he’s advocating for such specificity, that it’s absolutely science, like baking.  Do this, and then that, and then this other thing, and you’ll get….

When I suddenly found myself single at 46, I was off men for a while.  As I healed, I did write up a manifestation of the man I wanted to meet.  I’m laughing as I write this because the very first thing I wrote down was that I didn’t want him to be an avid bike rider.  I was around way too many men who took hours long bike rides every weekend.  Hilarious.  I guess I knew my priorities!

I don’t remember all of the things I wrote down, but height, smart, humor, love of music, adventurous, kind, etc., would have all been on the list.

The Universe brought me all kinds of men during the 6 years I was single; most of them were tests.  The ones I really remember were a whole series of guys who were shorter than I am.  For decades I’d declared I’d never date a guy shorter than me.  Well, I did and I got over my ego in that area which was great!

One guy I was matched with through E-Harmony, ultimately told me he had recently been diagnosed as bi-polar with an anger issue.  Yikes!

Those were tests.  I passed by growing and moving on.

I am resilient if nothing else.  I learned how to cherish my time as a single woman…in my world without a boyfriend.

And then on 6/29/12 I texted a wrong number, who turned out to be Henry, and the rest is history.

The Universe had my back the whole time.  When I was 30, I was in a particularly bad place in my life.  Who knew that Henry was born that year!?!  For 23 years he was out there and I never knew it.  And when I met him, I was in a place of looking for personal growth or I might not have ever stayed with a 23-year-old guy.

I was open to what the Universe brought me.  I took action by writing down who I was looking for.  I participated by accepting who came my way, and joining dating sites.  I grew to cherish who I was as a single, independent woman.

And when “better” came in the form of a tall, 23-year-old brilliant, adventure ready, kind, music loving man I recognized him as my manifestation come to life.  (The better part…I hadn’t put anywhere in my manifestation that I was looking for a younger man.)

I’m on my way with my current manifestation that I’ve shrunk down to:

I’ve created my vision-board, I’m drafting my script that I’ll speak out loud every day.  I’m taking action through the various programs I’m enrolled in.  I’m following the science! 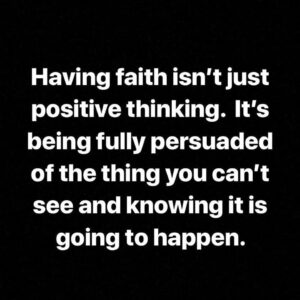 However, in the meantime, I figured out what would hold me back from achieving this goal.  And I’m tackling it.  That’ll be in my next blog .  See you then!

By the way, if anyone is interested in the year of manifestation program I mentioned in my last blog post, here’s the link.  For various reasons I’ve opted not to participate.  But from what I can tell, they’re working from very similar tactics! https://youryearofmiracles.com/mp/miracles-in-2021/