I’ve had quite a number of miracles happen in my life. Some more profound than others.  All worthy of note.  I’m writing about two specific ones today.

Miracle, synchronicity, what’s your definition?  Joe Dispenza refers to an occurrence so unmistakable that it can’t be seen as pure coincidence.  My boyfriend Jeff from back in the 80’s called it “time flow”; when simply moving through time and space without concern about pushing or dragging time things would flow together. My mom called them “small world stories.”  She had them happen all the time for her.  So do I.

My favorite way to look at this sort of phenomenon comes from the book, “Conversations with God” by Neale Donald Walsch.

“I have heard the crying of your heart. I have seen the searching of your soul. I know how deeply you have desired the Truth. in pain have you called out for it, and in joy. Unendingly have you beseeched Me. Show Myself. Explain Myself. Reveal Myself.

I am doing so here, in terms so plain, you cannot misunderstand. in language so simple, you cannot be confused. In vocabulary so common, you cannot get lost in the verbiage.

So go ahead now. Ask Me anything. Anything. I will contrive to bring you the answer. The whole universe will I use to do this. So be on the lookout; this book is far from My only tool. You may ask a question, then put this book down. But watch.

I usually refer to the power which surrounds us as The Universe, because to me, there’s so much dogma around “God.”  White beard, throne, you know the drill.  But for the purpose of this article, it’s God.

Who talks to me all the time.  Quite often when I’m driving.  And then usually when I’m listening to music on the radio. 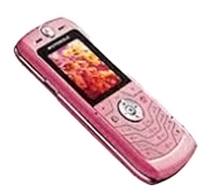 I used to have a pink “candy bar” cell phone.  Remember the Motorola flip phone?  Mine was straight.  I had it back when we would have to hit each button multiple times until we reached the letter we wanted.

One afternoon I was driving on Hwy 44 going west listening to KSHE 95, the rock station I’ve listened to since about 1976.  Every morning from 1977 to 1983, one of their DJ’s, Mark Klose, woke me up @ 6 am with the banter between himself and Lou Ghoad who’d just done the midnight shift.  Mark regaled us all with stories of his wife, “Fern” and their daughter “baby Beaner” and a zillion stories of rock history.  His voice.  It’s part of my soul.

But I digress.  On this particular day, I was listening to the other voice which has permeated my life in such a huge way.  Guy Favazza, the Mighty Favazz.  Favazz was my listen at work and drive home companion.  A Led Zeppelin fan to the end, possessing a vast knowledge of rock and roll, both past and present, and again with a voice so kind, funny,

Over the years, I would see Favazz at so many concerts or public appearances, we became friends.  I often would text him while he was on the air about random stuff he’d have been talking about during his shift.  Or ask a question…whatever.

On this day he said something that made me want to reply to him.  And I picked up my phone to text him.  I didn’t text while driving very often but there wasn’t anyone around me at that moment so I thought I’d just send a quick note.

A thought popped into my head though, “Hmm, maybe this isn’t such a good idea.  I’m driving with my knee, going about 70 mph, is this what I want to do?  At that same moment, he stopped talking and started a song.  It was The Doors, “Keep Your Eyes on the Road and Your Hands Upon the Wheel.” 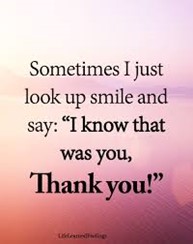 I burst into laughter.  Loud laughter and total incredulity regarding what just happened.  It was perfection!!  I’ve always remembered that moment and told the story a hundred times!!

Last week, it was Mark Klose who delivered my miracle.

One of the songs he used to play on KSHE was a one hit wonder called Peace of Mind by a band called Rare Bird.  It came out in about 1972 and the first time I heard it I burst into tears.  You see I was an anxious little thing, filled with lots of stories in my head, I worried all the time and never had a peaceful moment.  The thought of actually having peace in my mind was so foreign to me, hearing that song brought me to tears for decades.

Fast forward to September, 2020.  My mom was dying and I was gathering bits of wisdom from her any time I could.  Henry and I saw her the morning of the day she died and she shared this with us.  “Make your home a place where you feel peaceful,” she said.  She went on to say that as soon as she’d turn on West Drive she’d start feeling peace and would feel even more as she pulled into the driveway and ultimately walking through the door was her place of ultimate peace.

That’s what she wanted for us.

On 11/11/21, about a year after my mom died, Henry and I bought my old house, the house I grew up in, the house my mom had just lived in.  It was so special to have it look exactly the same, down to the original 1974 shag carpet and I found myself feeling a calmness and peacefulness I’d not experienced at any other place I’d lived.

On Wednesday before Thanksgiving in 2021, I was driving down West Drive and stopped to speak with the mailman who I’d not met yet.  I wanted to introduce myself and let him know we’d just moved into my old house.  We chatted about 5 minutes and I pulled away.  At that moment, Mark Klose introduced and began playing the Klose’s Cut Above song that he pulls from his archives to play at noon every day.

It was Peace of Mind.

I burst into tears and shook my head and laughed at my own special way of getting messages from God.

Through DJ’s on the radio.

4 thoughts on “God Talks to Me through the Radio”